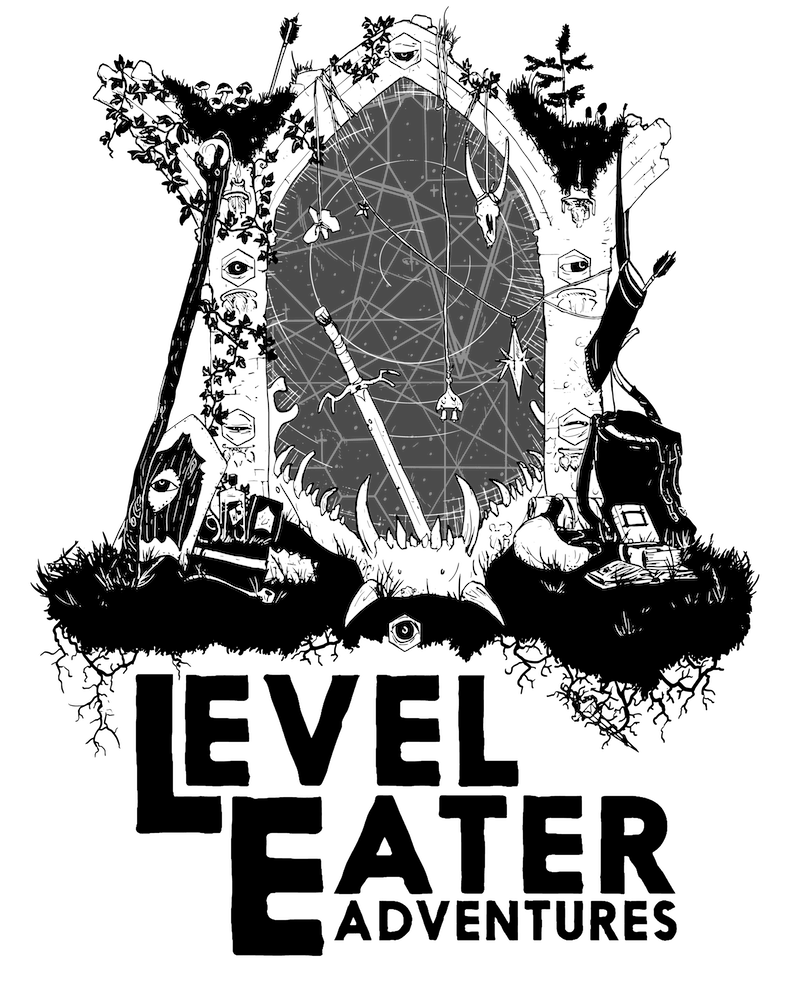 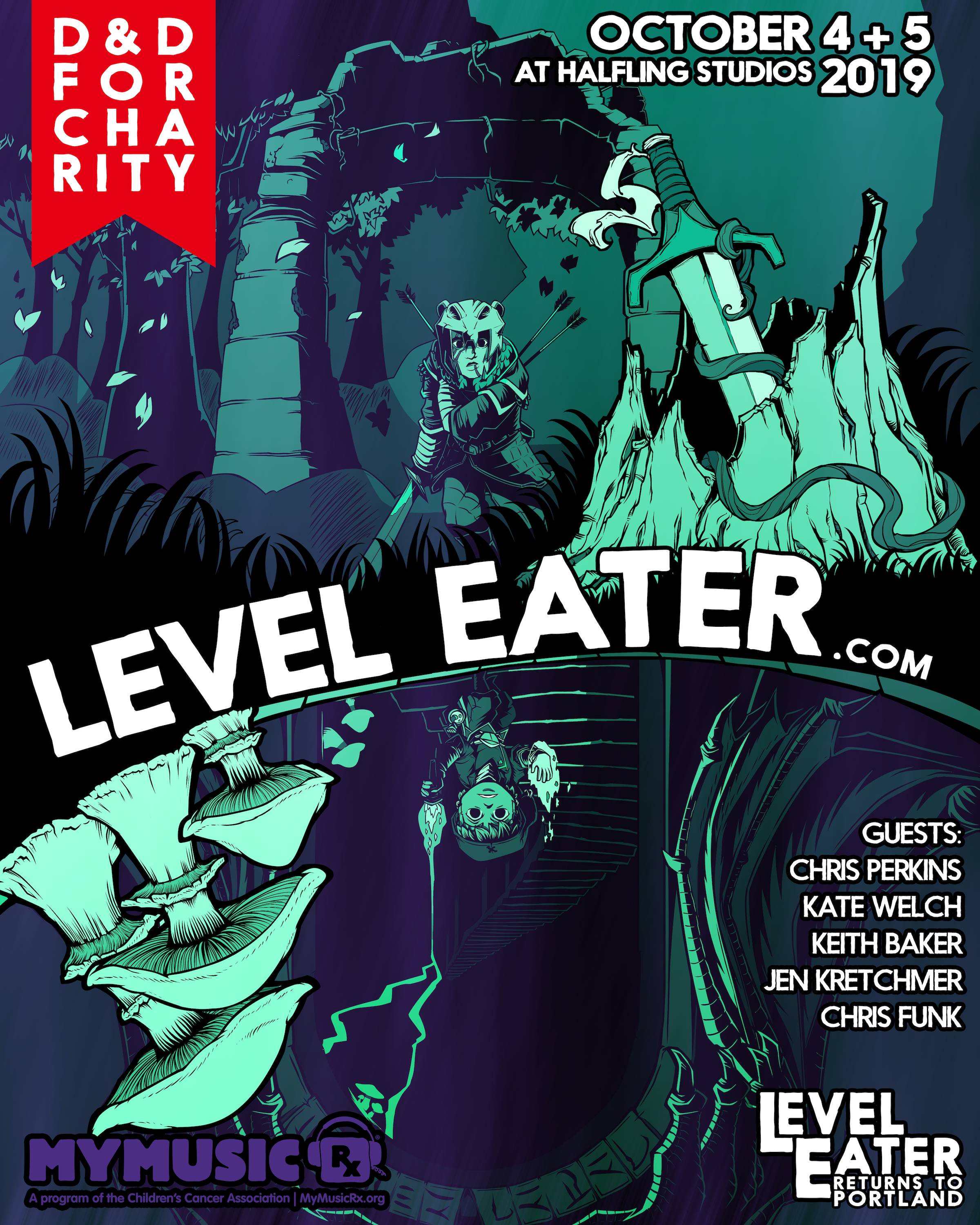 In the realm of Greenmoss, from the mountains overlooking the misty vale to the woods that teem all around, strange powers are stirring.

Deep beneath the city, where forgotten tombs and long-lost secrets lay in wait, new lights are aglow. Waters rise. The dead speak.

The woods-folk hear voices on the winds. They speak in a tongue not often heard in these old forests: Draconic. But dragons have not dwelled in this realm for as long as any elf can recall.

Or so they say.

The voices from the land speak of “soul cages” and absent friends. Some of these words are warnings. Some, threats. Whose voices are they?

The powers rousing in the realm are mighty, ferocious, primeval. If awakened, does it mean doom for the people of Greenmoss? Can these awesome powers be influenced to do good for the realm? Who dares to face them, to meet the beasts who made this land long ago, and sway the fate of the whole realm? Who dares to take up the adventure?

Level Eater Portland is a fundraiser for MyMusicRx

An epic D&D adventure for dozens of players. 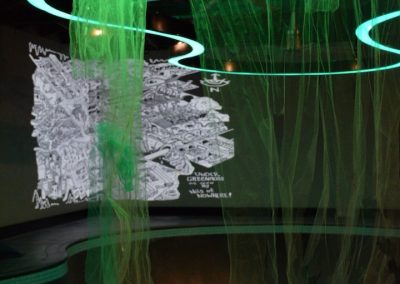 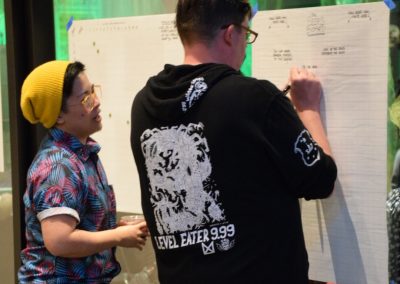 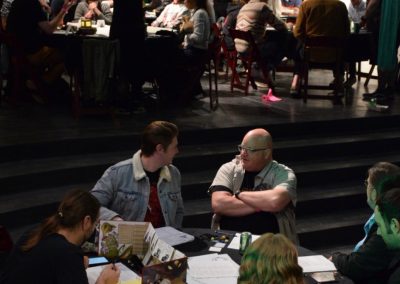 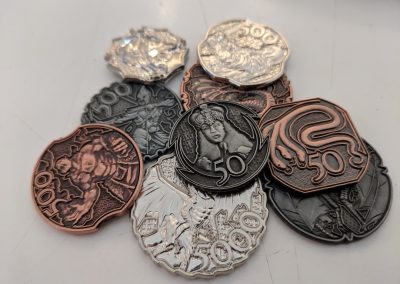 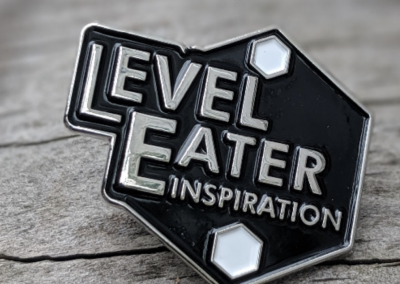 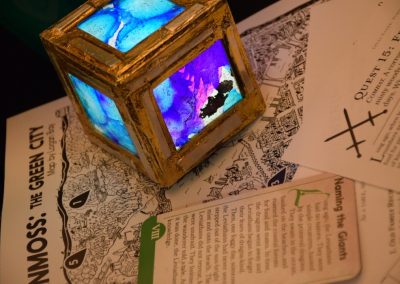 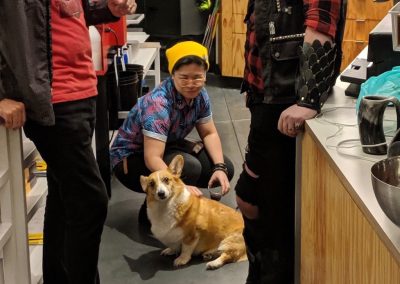 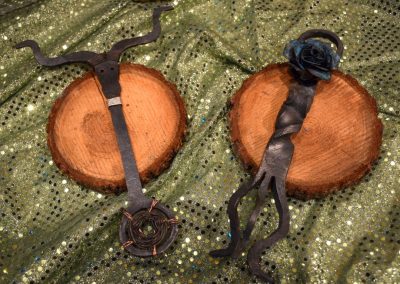 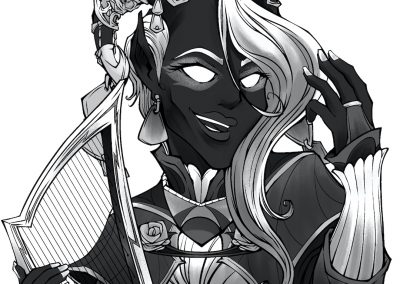 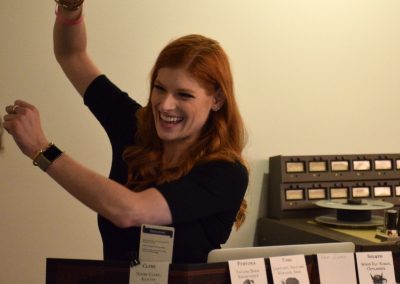 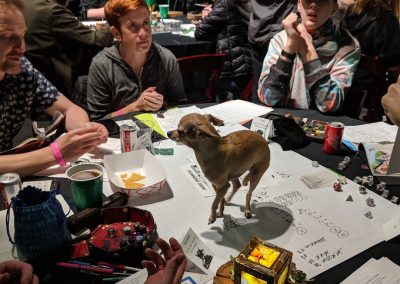 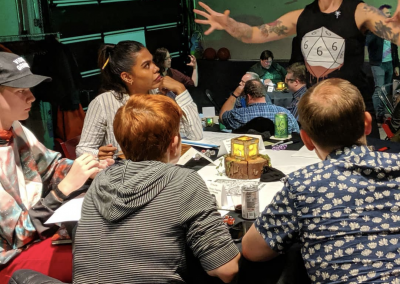 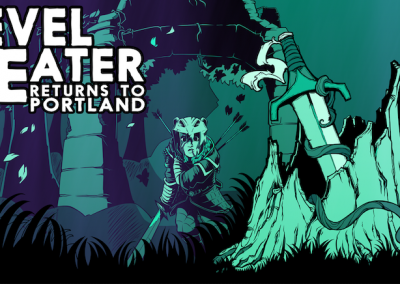 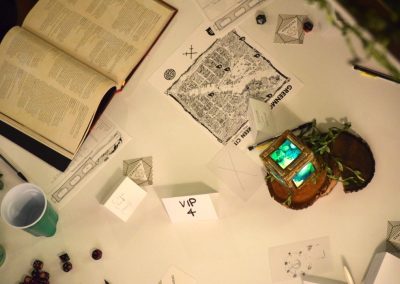 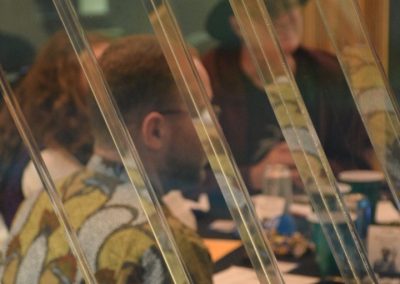 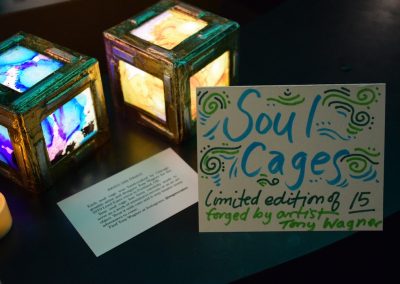 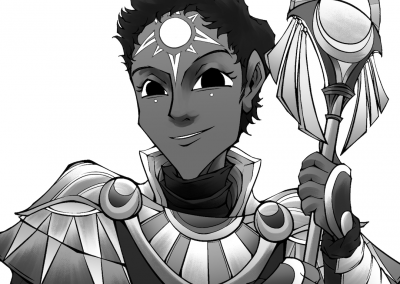 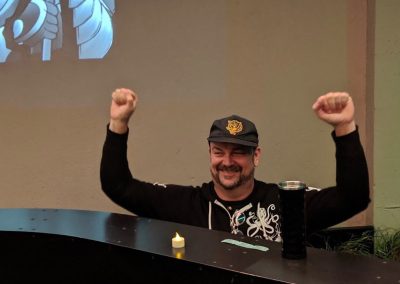 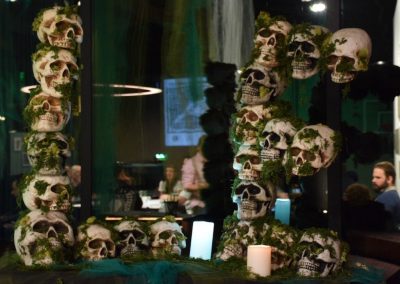 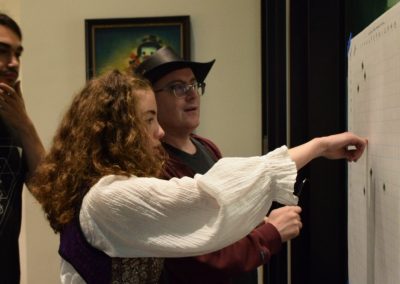 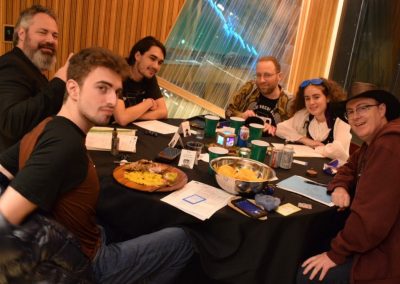 As a Dungeon Master, Christopher Perkins is a hero to many, villain to some, and beloved by all. At Wizards of the Coast, he designs stories like the fan-favorite Curse of Strahd. At the game table, he brings stories to life … even though not all heroes survive. Last year at Level Eater Portland, several heroes fell in battle at his table. Will this year be any different? Play and see!

Kate Welch is a game designer at Wizards of the Coast, where she served as a design lead on Ghosts of Saltmarsh. Her character, Rosie Beestinger, is a member of  The “C” Team, a part of Acquisitions, Inc. from Penny Arcade. She hosts shows for the official D&D Twitch channel, too. Last year at Level Eater Portland she DM’d at the bottom of the skate bowl. Epic!

The formidable imagination of designer and novelist Keith Baker has given us games like Gloom, Action Cats, and Illimat, plus the fabled D&D game world of Eberron. As one half of Twogether Studios, he is also co-developing a just-announced card game based on the fantastic escapades of The Adventure Zone.

Jennifer is an actor and TV producer as well as the creator, executive producer, and a cast member of Monsters & Fables, a series which aired on the official D&D channel. She plays Alyndra on Heroes of the Vale on D&D Beyond. An advocate for inclusion and accessibility, particularly for disabled gamers, her goal is to make the gaming table welcoming for everyone. 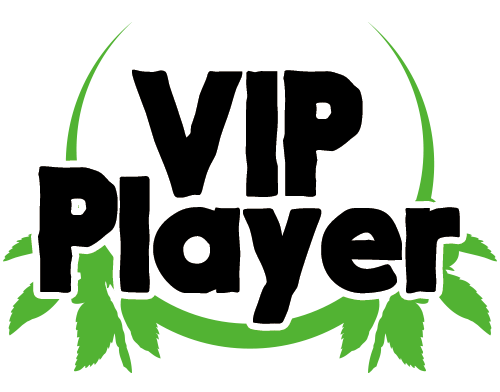 When not producing records on site at Halfling Studios (which hosts Level Eater Portland), Chris Funk is a member of the beloved band The Decemberists and a prolific D&D player. He may be responsible for the most damage ever dished out to a roomful of D&D characters, thanks to his choices (as a player!) at D&D Live.

Take on the Quest

Heed the call to adventure! Sign up for occasional updates about Level Eater Adventures events and product releases—not spam. 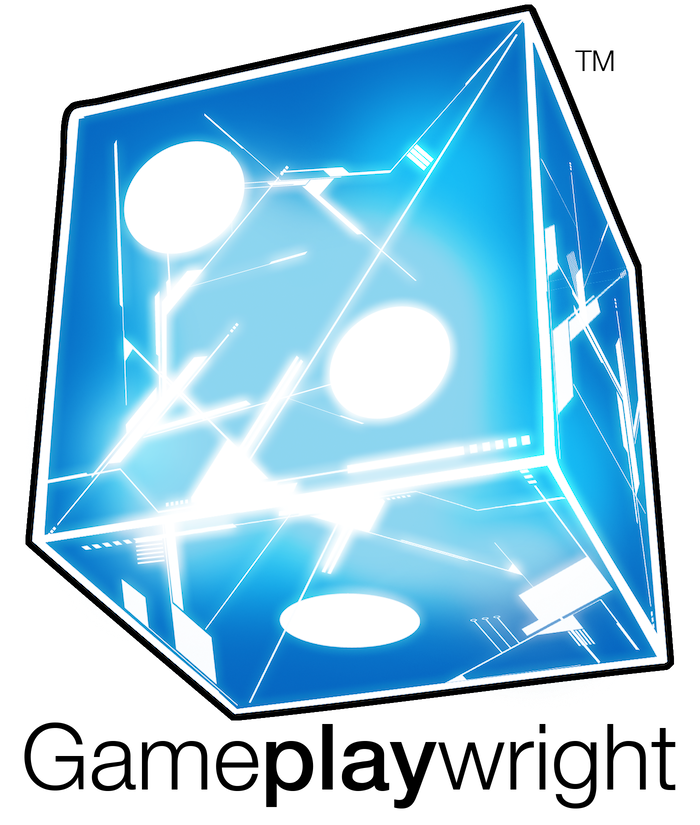 The giveaway supporting Level Eater Adventures is not administrated, sponsored, or endorsed by Wizards of the Coast.